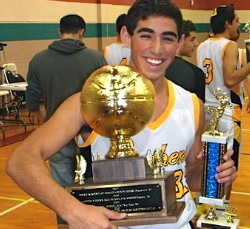 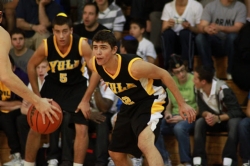 Congratulations to your YULA Panthers for winning the 2011 Cooper Invitational for the second straight year.

The Panthers traveled over 1,800 miles to Memphis, Tennessee to defend their title in the 5th annual Cooper Invitational. YULA felt optimistic that they would bring home another championship. This optimism is rooted in the fact that the Varsity team returns 10 players from last year's team (which went 19-7 in the regular season), with more than half of last year's juniors playing prominent roles this year. The talent and experience showed why they were the #1 seed going into the Tournament, cruising to the championship game and defeating teams by 45 points, 31 points, and 14 points. In the championship game they faced the Ida Crown ACES. This was by far the toughest challenge of the tournament.  In a hard-fought game with both teams playing tight aggressive defense, YULA was able to come out on top with a 53-43 win.
Published November 13, 2011 Print