Varsity Basketball moves their record to 5-0 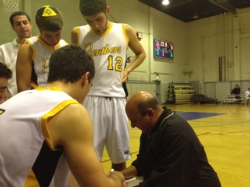 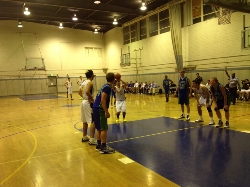 YULA Panthers defeat the Pacifica Christian Seahawks 85-79
YULA jumped out to a 10 point lead and held on to it throughout the game. Yisroel Solomon led the team with 30 points.  Solomon was asked to score as well as guard the Seahawks best player and was able to hold him well below his scoring average. Jack Gindi had great game with 22 points 15 rebounds and 6 assists.  Matt Reich added 17 points. Including the Cooper Invitational your YULA Panthers have won nine straight games. Come out and support your YULA Panthers on Tuesday, as we take on Shalhevet High School at 7:30 at the JCC.
Published December 8, 2011 Print