Spring Sports Off to a Fantastic Start 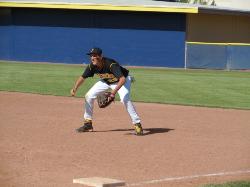 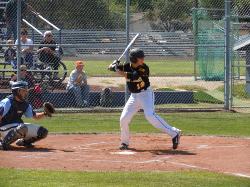 Baseball Starts 5-1 and Volleyball is in Second Place
Volleyball
With only four returns, led by senior captains Jonathan Goldstein and Jonathan Hirsh, the Panthers volleyball team is off to a good start. They already have three wins and are tied for second place in league. Basketball MVP Jack Gindi decided to bring his athletic ability and his winning attitude to the volleyball team. The volleyball coach is excited to see how this team blends together throughout the season. With the leadership of our team captains there is no telling how far this team will go. Our next game will be March 22 at 5 pm at the JCC vs. Holy Martyrs.

Track and Field
A new addition to spring sports is the track and field team. This team was brought on by the enthusiasm of the student body. We'll be competing in the Coastal League. Our first league match is March 22 at 3 pm at West LA College.

Tennis
Our tennis team is one of the youngest teams at YULA: Nine of our 14 players being sophomores or freshmen, and many are first-year varsity athletes, making competition even tougher. They are 2-2 and tied for third place in league. Our next match is against New Jewish Community at Rancho Park on March 27 at 3 pm.

Baseball
With 13 returners from last year's playoff team, there were high expectations going into the season. So far, your YULA Panthers have not disappointed. They started the season 5-1 and are currently in second place in the Liberty League. The next baseball game is March 28 against Pacific Lutheran at Pacific Lutheran.

Golf
In only its third year of existence, the golf team is still finding its way through the Liberty League. With a young and relatively inexperienced team, they will have a challenging time competing for a league title. But golf captain Zack Wasserman does have a chance for individual honors. Zack was in All-League nominee last year as a junior; as a senior he has an opportunity to be League MVP.
Published March 20, 2012 Print