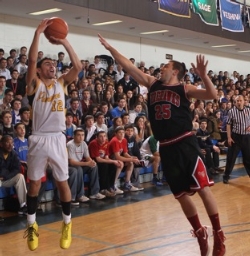 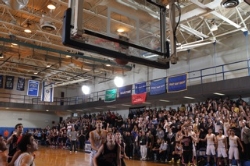 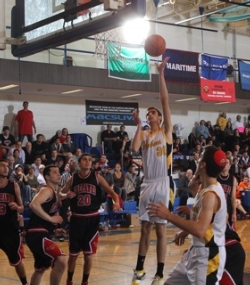 Next Game Monday 11:00 Pacific Time Against SAR
In the second Tier I semifinal of Big Sunday, the Max Stern Athletic Center was filled to capacity to witness the showdown between the Shalhevet Firehawks and the YULA Panthers.

In one of the most intense games in recent memory, YULA and Shalhevet were back and forth in the first half. Halftime score, YULA was down 23-20. In the third quarter, the Firehawks continued their tenacious defense by holding YULA to 11 points. Entering the fourth quarter, your Panthers were down by seven points. YULA eliminated that deficit rather quickly going on a 7-0 run.

Final score was 51-48. Solomon had a great game -- 18 points and five rebounds, and Matt Reich had those three big free throws and the game-winning shot. Jack Gindi added 11.

Watch and support your YULA Panthers on Macslive.com as we take on the SAR Sting on Monday at 11:00 am Pacific time.
Published March 25, 2012 Print