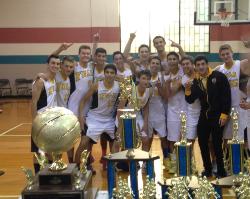 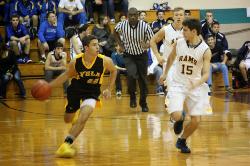 After a disappointing 8th place finish in last year's Cooper Tournament in Memphis, Tennessee, the YULA basketball team came into the tournament this year excited for a chance to redeem themselves. As the third seed, the Panthers opened up against Weinbaum Yeshiva High School, and the Panthers were able to win the game 67-34. The next matchup for the Panthers was the sixth seeded Haftr Hawks. Haftr kept the game relatively close in the first quarter, but the Panthers turned the game around and won 51-32, thanks to 15 points by YULA senior Menachem Solomon.

On Saturday night, the team faced the Ramaz Rams who were the second seed. YULA senior Adam Liber hit a three pointer on the team's first possession, and the team never looked back again. Senior Ariel Sokol sealed the victory with some free-throws to end the game as YULA won 49-39. Adam Liber and Menachem Solomon each led the team with 12 points. "Our scoring is always going to be balanced because of how deep our team is," said Liber after the victory.